Comedian Robin Williams has poked fun at the floral print dress Kim Kardashian wore to the Costume Institute Gala in New York on Monday by comparing it to the garish outfit he wore as cross-dressing movie nanny Mrs. Doubtfire.

Her outfit drew a largely negative reaction from fans and critics online, and even Hollywood funnyman Williams weighed in on the hot fashion topic on Twitter.com by posting side-by-side photos of Kardashian and his Mrs. Doubtfire character from the 1993 movie.

In the accompanying caption, the actor quipped, "I think I wore it better!"

Meanwhile, Tisci has defended Kardashian's wardrobe choice for the event, aka the Met Ball, telling WWD.com, "I think she looked amazing. She was the most beautiful pregnant woman I dressed in my career." 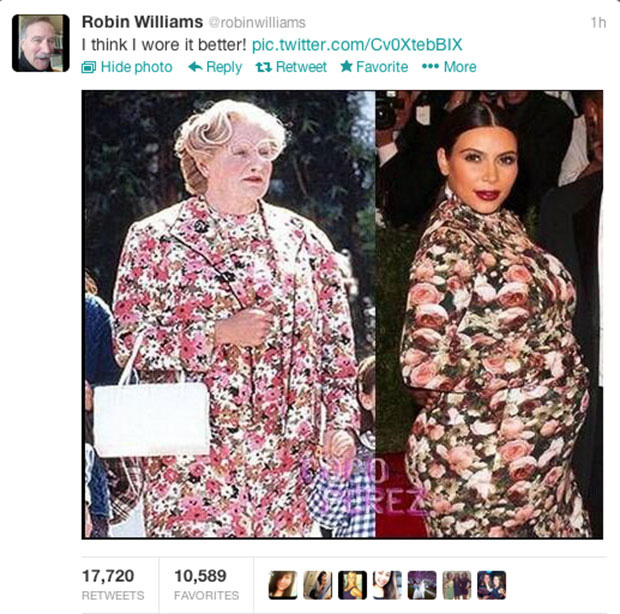